Barry discussed the technology that was rumored to be introduced at the January 11-14 virtual Consumer Electronics Show (CES). Due to the pandemic the live show from Las Vegas was cancelled. Click or tap on the link below to view the most innovative technologies from the CES. https://www.pcmag.com/news/technical-excellence-awards-the-most-innovative-products-and-technologies

Our final meeting of 2020 included lots of sharing of our cool gadgets and gizmos, participation from various APCUG experts (Bob Gosticha, Ron Brown, Judy Taylour, Jere Minich, Bill James and John Kennedy). Here is the link to the video: https://www.youtube.com/watch?v=tm80wfDjPcA Here are some of the things that were posted in the chat: From Ron Brown : Here are the dates and times for unlimited meetings: 10 a.m. ET on Wednesday, Dec. 30, to 6 a.m. ET on Saturday, Jan. 2  Zoom will have unlimited on-line for the free version From Ada G : I have a Jabra speaker and I do not know how to make it work. This is not a new gadget so if you do not […]

Carol Freedman presented many great tips to help you get the best out of your computer, iphone or chromebook.  Here is the link to the video: https://www.youtube.com/watch?v=qUFSp3pyxHc And the links to the pdf set of notes in the Handouts: https://www.db-cc.net/wp-content/uploads/2020/12/Carols-Tips-and-Tricks-Google-Docs-1.pdf  https://www.db-cc.net/wp-content/uploads/2020/12/Tips-tables-of-shortcut-keys.pdf Here’s some of the things she covered: Windows PC Move taskbar Bring up app from toolbar Copy from one window to another Select text, images using arrows Gaming panel for sound control and screen capture See all open windows and move thru them See Chrome or Gmail history 2.  I phone Make phone 20% louder  Show location Turn off push and fetch Turn off unnecessary notifications Turn off app refresh Turn off auto lock Turn on Magnifier Use space […]

10/23/2020 John Kennedy Intro to Linux You may have been like me, thinking that you weren’t interested in Linux… but you’d probably have been wrong.  This was way more interesting and useful than expected.  I suggest giving it a watch. https://www.youtube.com/watch?v=cOIXJjEHwn4 Here’s John’s powerpoint: https://www.db-cc.net/wp-content/uploads/2020/10/DB_CC-Linux.pdf John covered the following: How Linux started Who uses it? (Google, amazon, McDs, Travelocity, UPS, airlines, movie industry, Android phones, courts, gaming systems, etc) Why you don’t hear about it (because Office became the dominant software in all settings and MS paid computer manufacturers to include it) Lenovo now installing Why it’s now getting used— because of its security   The difference that open source code makes (the ability to make useful adaptations, the likelihood of […]

Bob G updated our info on Avast and gave us a bunch of other useful links. Link to Zoom session on YouTube:   https://www.youtube.com/watch?v=ZFqVpUo13mk He covered the following: Android version to be using Ninite Main Phishing scams and sites Top scams and how to avoid, take action IDTheftCenter.org Avast.com/hackcheck System rollback as superior program MCShield–checks boot sectors; use with antivirus CCleaner and how to use it best password managers new avast programs and features how to lock your computer Omni device for protecting house Tip– don’t do auto renew for avast… search for best price

Carol Freedman’s powerpoint and links from her presentation on Passwords. Powerpoint presentation– PW mgr https://passwords.google.com/  –for accessing your Chrome-saved passwords and checking their strength https://askleo.com/how-do-i-back-up-lastpass/ https://passwordsgenerator.net/ https://correcthorsebatterystaple.net/  Review articles: https://www.cnet.com/news/best-password-managers-for-2020/Really good article with lots of tips, criteria https://www.pcworld.com/article/3207185/best-password-managers-reviews-and-buying-advice.html?sourcePath=pman https://www.cnet.com/news/microsoft-now-lets-you-log-into-outlook-skype-xbox-live-with-no-password/ https://www.techradar.com/reviews/roboform https://www.cnet.com/how-to/strong-passwords-9-rules-to-help-you-make-and-remember-your-login-credentials/ https://www.techradar.com/best/password-manager https://heimdalsecurity.com/blog/password-security-guide/ —lots of good tips and data https://vpnpro.com/password-managers/avast-passwords-review/ https://www.avast.com/en-us/passwords#pc Can add it as extension to chrome May have problems after Win updates and may need patch May have problems synching and also can be a little challenging with cell phones

Barry presented information on: What VPNs do Why we need a VPN What a VPN can and can’t do Options of VPNs Article—https://www.pcmag.com/picks/the-best-vpn-services Be sure to scroll down to the great article of how to pick a vpn Note that prices are always changing See the section on free vpns Slides from Barry’s presentation can be viewed using the link… VPN_ February 21, 2020

In Case You Missed It 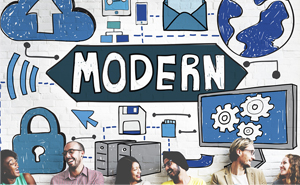 Featuring the most recent releases and exciting news from each of the major vendors as well various cool gadgets you’ll want to know about.

How Macs and apples can get viruses 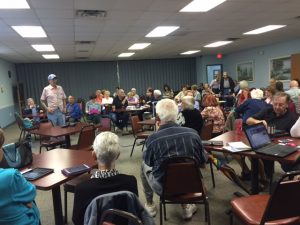 Until further notice, we will continue to present two free Zoom classes per month beginning at 10:00 AM EST to all members.